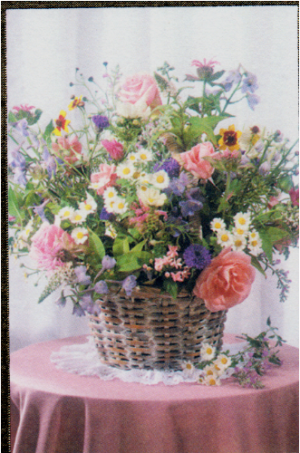 Maxine was born in East Liverpool, OH on May 20, 1918, and she died in East Liverpool Hospital just three days short of her 101st birthday. But she grew up and lived most of her life in Toronto. Her parents were Ralph Edwards, a musician and teacher, and Lena Edwards, a homemaker. Her older brother was the late Ralph Edwards Jr. Her older sister and life long best friend was the late Eloise (Edwards) Green. She was preceded in death by her husband Clarence who passed way in 2009 and whom she married August 3, 1942.

Maxine graduated from Toronto High School in 1936 and soon started working at Ohio Valley Hospital (now the Trinity Medical Center) as a clerk in the emergency room. For most of her many years at the hospital she served as secretary to the Director of Nurses, a job she loved.

Although her first name was Margaret, she was always called Maxine. In 1942 she married Clarence (“Buck”) Hunter, who worked at Weirton Steel. Avid movie fans, during the first four years of their marriage the couple spent weekends driving all over the Ohio Valley and beyond to see movies. Maxine gave birth to two sons—in 1946, Terry, and in 1950, Thom who died in 1992. She took almost a decade away from her work at the hospital to raise her boys, and she always said those were the best years of her life.

In retirement, Max and Buck liked to travel. They hauled a small trailer to Florida for several winters, bringing along their bicycles. They also enjoyed walking long distances in peaceful places, especially cemeteries. Every other year for almost two decades they visited Terry in Hawaii.

Maxine and Buck were also long time active members of the First Presbyterian Church in Toronto.

In 2007, they moved to the independent living apartments at Foxcrest in Chester where Maxine continued to live after Buck’s death. She was still walking on a treadmill daily at the age of 99.

In January of 2018, a health crisis forced her to move into Assisted Living at Foxcrest where she remained until acute respiratory distress on May 9, 2019 sent her to the hospital where she passed away a week later.

The family would like to thank the many employees of Orchards at Foxcrest who helped Maxine over the past twelve years and really cared about her as a person.

Visitation hours will be held 4 pm—7 pm Monday at the Clarke Funeral Home, Toronto and from 10 am—11 am Tuesday followed by a celebration service of Maxine’s life with The Reverend Tyler Bayless officiating at 11 am. Burial will follow at Toronto Union Cemetery.

In lieu of flowers, the family suggests a donation in memory of Maxine be made to:

To plant a tree in memory of Maxine (Edwards) Hunter, please visit our tribute store.