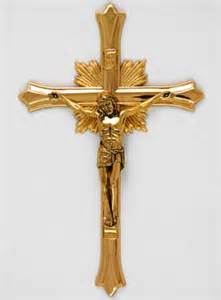 It is with great sorrow that the family of Rosemary Macik Dials announces her peaceful passing, surrounded by family and friends on July 17, 2019 at the age of 85 at Valley Hospice in Steubenville.  A lifetime resident of Toronto, Ohio, Rose was born on August 12, 1933 at her family home on Wentworth Avenue.  Her parents had just immigrated from Czechoslovakia a few years before her birth and she was the youngest of four.  Her family eventually moved to Biltmore Avenue in the early 1940's, just a few blocks from her most recent home.   She was baptized at St. Joseph Roman Catholic Church on North River Avenue, where her funeral Mass will be celebrated 85 years later on Monday, July 22 at 10 AM. Rose graduated from Toronto High School in 1951 and met her husband of 57 years James Dials while she was working at Melhorn's as a waitress that same year.  She also worked at Brownie's Newstand in the 1950’s but spent most of her life busily raising her four children. Later in life she worked at the Steubenville Herald Star and for AVI Vending Company.  Except for one year living on Brookley Air Force Base in Mobile, Alabama, with her new husband James she lived her entire 85 years in her beloved Toronto.  Known as a great Slovakian cook, she was very active in the Catholic Women's Club at St. Joseph's Parish and later in life the Toronto Senior Center.  Additionally, she was instrumental in bringing the Hospice Bear program to the Ohio Valley.  Rose will be lovingly remembered and sadly missed by her children Debra Dials Trimby, of Toronto, Mark Dials of Dearborn Heights, Michigan, Aleta Palmer (Eric) of Toronto, grandchildren Nicholas Trimby of Newburgh, New York, Alyssa Trimby Hickman (Renee) of Pottery Addition, Ohio, Danielle Maple Doggett (Zack) of Steubenville, Ohio, Samantha Palmer of Toronto, and great grandchildren Riley, Jacob, Jackson, and Charlie. She was proceeded in death by her husband James Edward Dials, son David Lee Dials, parents Mary and Harry Macik Sr., sister Liz Macik Skeeles , brothers Harry Macik Jr. and Frank Macik.

A Vigil Service will be held at 3 P.M. Sunday at the funeral home.

A Funeral Liturgy with Mass will be celebrated at 10 A.M. Monday at the St. Joseph Roman Catholic Church with celebrant Reverend Father Thomas Vennitti. Interment will follow at the Island Creek Cemetery corner of County Road 46 & State Highway 213, Toronto.

To send flowers to the family or plant a tree in memory of Rosemary (Macik) Dials, please visit our floral store.