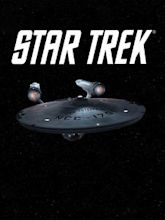 Joseph W. Mann, age 69 of Toronto, died July 31, 2022 at Sienna Skilled Nursing Rehabilitation Center. He was born January 22, 1953, in Steubenville, the son of Mary L. Mann of Toronto and the late Maurice “Red” Mann.
In addition to his father, he was preceded in death by a sister, Karen “Kay” Mann.
In addition to his mother, he is survived by he is survived by two brothers, Dave (Lynn) and Ken (Marty) both of Toronto; a sister, Mary Scott (Warren) of Toronto; two nephews, Bill and Chris; two nieces, Stephanie Williams (Patrick) and Jessica Scott; and his dog, Pompom.
Joe was a 1971 graduate of Toronto High School and former employee of Barium Chemicals. He was a lifelong member of the National Rifle Association, an avid Star Trek and science fiction fan and loved target practice and motorcycles. He helped care for his mother, sister Karen; and various family pets for many years.
At the family’s request, private services will be held and arrangements were handled by Clarke Funeral Home, Toronto.
To send condolences to the family, go to www.clarkefuneralhome.com

To send flowers to the family or plant a tree in memory of Joseph Ward Mann, please visit our floral store.

A Memorial Tree was planted for Joseph