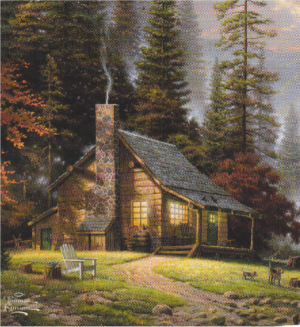 The world is a lonelier place, but heaven has gained a beautiful soul. With great sadness, we have to say goodbye to Tyra L. (Elliott) Anderson. She was a beacon of light and love for many and will always be cherished as more than a mother, wife, daughter, sister or aunt. She was born in 1960 and grew up in Irondale before settling in Salineville. She is the beloved wife of Michael Anderson whom she married September 23, 1985 and daughter of Tyrone and Wanda Elliott, who preceded her on their journey to Heaven. She also follows her brother Tony Joe Elliott and father-in-law, James Anderson. Left to cherish her memory is her husband as well as her children, Steven-Bo Tyrell Elliott (Diane), Michael Keefer (Jessica), daughter by heart, Jessica Castro and child by heart, Marley Bertram. In addition, she is survived by her mother-in-law, Diana Anderson, brothers-in-law, Kenny Anderson (Amber), James Anderson (Loretta), Frank Anderson, sister-in-law, Joanna Anderson as well as several nieces, nephews and grandkids. In addition, she leaves behind a sister by heart, Rachel Farnsworth and Tyra’s four-legged child Midget.

To send flowers to the family or plant a tree in memory of Tyra Lynn (Elliott) Anderson, please visit our floral store.