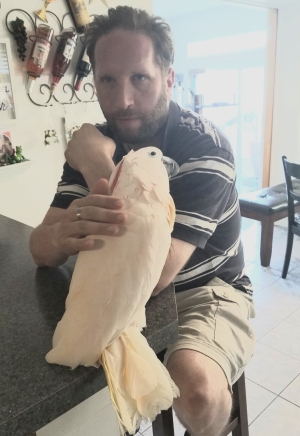 William Steve Swick II, age 42  of Toronto passed away August 25th.
Steve is the son of Linda and Raymond Costello of Toronto
and William Swick of Toronto.
Steve is preceded in death by his grandparents Mario and Shirley Florian and Steve and Pearl Swick also Dora Costello
and half brother Michael Swick.
In addition to his parents he is survived by two sisters Shanley (Joe) Allen and Valerie Swick.
Half brother Frank Swick and half sister Andrea Swick.
Step-sisters Tonya (Larry) Eckstein,  Stephanie (Shawn) Tewell. Step Brothers Richard (Wendy) Swick, Steven (Dawn) Swick.
Also his nephew Austin Allen
A memorial visitation for Steve will be held Saturday, September 19th from 3 to 5 p.m. at the Clarke Funeral Home Toronto.
Interment will be held at the Toronto Union Cemetery at a later date.
To send condolences go to
www.clarkefuneralhome.com

To send flowers to the family or plant a tree in memory of William Steve Swick II, please visit our floral store.